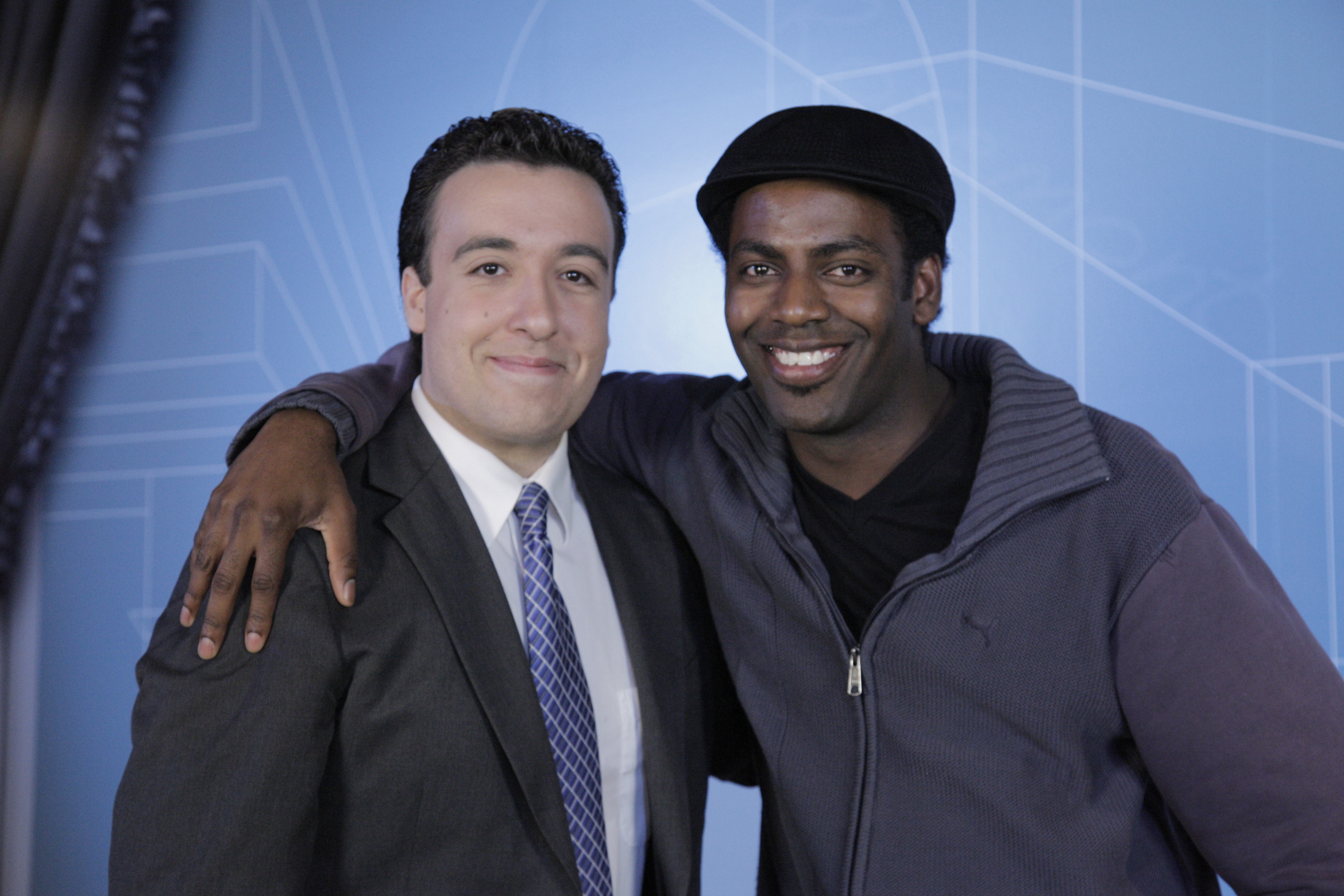 What to Learn from Golf’s New Style Icon

As a child, Michael Essany dreamed of hosting a television show in late night. He was told by most in his hometown of Hobart, Indiana that such dreams were unrealistic and out of reach for a little boy in the heartland of America.

By age 14, while his peers were vegging out with video games, Michael was busy building a local television empire that would leave his earlier critics both dumbfounded and in awe.

At age 19, Essany’s local cable access television show — what had been disparaged as a “joke” five years earlier — was picked up by E! Entertainment Television. It would be a global media juggernaut by his 21st birthday.

Essany would go on to find himself celebrated on national television by Oprah. Multiple visits to The Tonight Show would follow. Accolades from A&E Biography would come next, as Essany was touted as “One of America’s Most Remarkable People.”

People Magazine’s “Teen” publication even honored Essany while still just a senior in high school as one of “Twenty Teenagers Who Would Change the World” — a list that also included a largely unknown rising tennis pro Serena Williams.

In the years to come, Essany would remain an in-demand television host, accomplished author, public speaker, tireless campaigner for social and charitable causes, and, eventually, an honors graduate of Valparaiso University with a degree in political science.

Through it all, he managed to help start a multitude of companies across a variety of diverse industries, even as he presided with his wife, now of ten years, over a growing family of two young daughters.

Now, at age 34, Essany finds himself a budding mogul in yet another space — the sprawling digital ecosystem of Amazon.

From his original television series “The Goodnight Show” available for instant streaming to Amazon Prime subscribers, to his Merch By Amazon online apparel business, Essany has become one of Amazon’s unofficial rising platform stars.

While his success in front of the camera on “The Goodnight Show” comes as no surprise, it’s his runaway success on Merch By Amazon (MBA) that is perhaps most puzzling. After all, what does Essany know about online retail? As it turns out, a lot. And his bank account proves it.

“I stumbled into Merch,” Essany says, candidly admitting that his success with the print on demand tshirt platform has surprised him more than anyone else. “If you told me two years ago that I would be running an online tshirt business on the side, I would have balked at the thought. But in life you never know what is coming your way and, so, to make the most of these curveballs, we really have to be receptive and willing to swing at them. In this case, I’m glad I did.”

Essany is reluctant to call himself an entrepreneur. He still hasn’t branded himself as much, but there’s no denying him the title. In July, Essany started a Facebook group called Merch Momentum to help teach MBA designers some of the lessons that lead to his flourishment. According to Essany, his secret to success is rooted in “scaling” designs.

Scaling refers to the process of making one design and modifying it slightly into multiple different versions to reach an expanded audience. Think of it as how “I Love My Mom” can be changed to “I Love My Dad” with minimal elbow grease. It’s the same general design but with different messaging to reach more potential buyers and disparate audiences.

But this is merely a simple demonstration of a vastly more complex and thoughtful process deployed by Essany. A prolific writer and creative thinker, Essany has put some of his core communications talents to use in developing “scaled design sets” that really push the boundaries of scaling norms. His best-selling designs are so outside the box that it’s even difficult to describe them without an attached visual.

It comes as no surprise that Essany’s unique designs and strategies have enthralled Amazon’s vast global community of buyers.

In the last two years, Essany’s six-figure tshirt business has caught fire and now others want to learn from the Merch maestro himself. Remarkably, however, Essany hasn’t charged a soul for his counsel, even though innumerable members have stated publicly that his design and keyword guidance has improved their own sales.

In Merch Momentum, the information flows freely and in vast quantities — something the young group’s nearly 2500 members seem to view as being almost too good to be true. But Essany is someone who has long appreciated and fought for the starving creatives of the world.

“I hear from single moms and retired teachers every day,” Essany says, sharing examples of the messages received. “These people need help. They don’t need another product or service peddled to them. They need to grasp the basics of scaling and design strategies for Merch By Amazon so that they can grow their business and eventually have something to invest back into their business and make it grow further. I stumbled into this and have done well. I don’t deserve thanks for offering my two cents. As Kevin Spacey once put it, those who catch the elevator going up have a moral obligation to send it back down.”

Essany speaks highly of services like Merch Informer, which helps Merch sellers research and price their designs. But there aren’t many other products or courses he will go to bat for and encourage new sellers to purchase or subscribe to at cost.

“I take a lot of heat for this from people with things to sell, but I truly believe in my heart that you can get started, make headway, and get rolling with your POD business without going into debt first,” he says. “There are so many quality free resources online that can get you started. I totally support those who have fish to sell. But my first priority is teaching people to fish.”

While he doesn’t deride those who are, Essany says he isn’t an Amazon affiliate. In other words, he doesn’t get paid for sharing URLs and referrals to his or any large social media page or group.

Is that what a smart entrepreneur would do?

“I never call myself an entrepreneur, let alone a smart one,” Essany jokes. “There are a lot of ways to make money. And there are a lot of ways to help. I think to be successful, you have to do both. With our group [Merch Momentum], I feel like we have created a space that is thriving in large part because of the integrity of its members. We help each other and ourselves in the process. I don’t want to hijack the feed with referral links or affiliate content to take advantage of those in the group who have started to turn to me and trust me for help. If I can’t vouch for a product, I’m whole heartedly against profiting from the sale of that product to people who may be wasting more money they don’t have.”

So does this mean Essany is bowing out of selling anything to the Merch By Amazon community? Not quite. In fact, Essany was transparent in his earliest intentions. Having maxed out his own Merch account (Amazon only makes so many slots or “tiers” available to sellers), the hard-working Hoosier floated the idea of selling scaled design packages to other Merch sellers with tiers to fill.

“I received such a response that it nearly choked me,” Essany admits. “I’m a one-person outfit. I wouldn’t be able to designs hundreds of scaled design packages a month and so going that route would have left more people frustrated and disappointed.”

Essany says he frequently encourages those looking to buy designs to explore UpWork or MerchReady to either hire a designer or purchase ready-made designs.

“To get started, I felt like the best thing I could do is start talking about my experiences,” he reveals.

And once he started to talk, he didn’t stop.

To date, Essany has shared with his group enough written content to fill a book. So voluminous has his gratis giving of wisdom been that members of Merch Momentum routinely have trouble keeping up with Essany’s lengthy writings.

Writing a book is still an option, Essany does confess, noting that he’s already heard from an international publishing house.

“Ten years ago I published a reality television production guide with Elsevier,” he says, referencing one of the world’s foremost publishers of scientific, technical, and medical information. “I enjoy working with large publishers but those I’m hearing from today aren’t willing to go outside the box as far as I am.”

Essany says he has an idea for a “totally unconventional” approach to writing a book on Merch By Amazon that differs from the traditional one-and-done type of project that most publishers are encouraging him to write today. In response to their reluctance to run with Essany’s penchant for innovation, he may go the electronic self publishing route, where he can control the spread of his ideas and preserve their strength among small audiences.

“I think I will come out with a limited series of guides that offer insight and ideas for shirt designs but the audience has to be limited per series,” Essany explains. “I would be reluctant to write one guide for a thousand people, who could all go and enact the same tips and strategies. I would rather write ten unique and individual guides with each being available to purchase by no more than one hundred people. The big publishing houses aren’t into that, but I think that is what works best for this particular industry. And if I can’t do something that is going to really help, I’m just not interested in doing it.”

As for selling designs, Essany says he still plans to do so, but cautions his group that there won’t be enough for all who want them. What will be plentiful enough for everyone, he says, is free and effectual information.

I’m going to keep talking openly and freely until I’m out of highly generalized ideas for all sellers to learn from,” Essany says, speaking to his future plans for Merch Momentum. “Hopefully, some scaling rock star from within our group will emerge and can take over at some point down the road. And then we can look back and say we left the Merch By Amazon world in better shape than we found it.

Useful tips to Wear Costume Jewelry for a Night Out