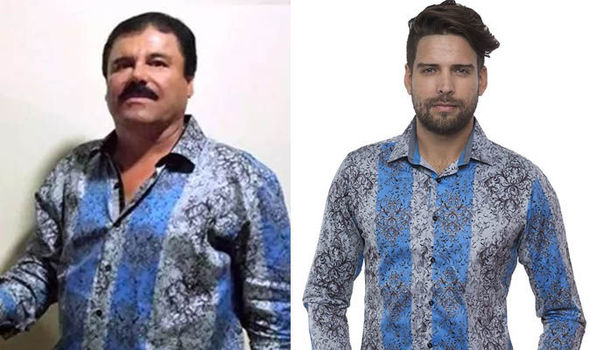 El Chapo may have been captured by authorities in a raid last week, but his  fashion sense still runs the streets,a L.A. shop,called Barabas is totally capitalizing on the drug lord’s capture.

This specific button-down that El Chapo is wearing in the photo -the interview with  Sean Penn is called “The Fantasy,” and is described as “…filled with an abstract design that makes it stand out.”  The shirt retails for $128. The brand selling it says sales skyrocketed when the pictures of El Chapo were released . They’re even using El Chapo’s image now on their website, which crashed from the initial sales surge.
Image credit: Barabas